Find an instructor in London

Simply enter your postcode and we'll search for your nearest driving instructors...

Learn to drive in London

Learning in the capital has its own challenges which is why you should choose an acclaim instructor to help you through the process.

London has its own set of rules when driving, but rest assured, your instructor will be with you all the way.

Acclaim's Top Tips for learning to drive in London

1. Don’t let the traffic put you off

London’s heavy traffic might seem daunting, but it means the average speed here is really slow. So the plus side is you’ll have a little bit more time to prepare for upcoming hazards.

This is a fee you have to pay if you’re travelling through the centre of London at certain times of day. The charge doesn’t apply in the evenings and at weekends, so these are the best times to practise in the Congestion Charge zone.

Consider asking your instructor for a motorway lesson. You won’t get assessed on motorways in your test, but you’re likely to use them lots when you pass - the M1 and M11 are common routes out of the city, and the M25 is handy for travelling from one side of London to the other.

You’ll be much more confident in your driving test if you’re familiar with the roads you’re driving on, so if you can take your test locally then that’s always a good move.

When the time’s right, your instructor will help you to choose a test centre and introduce you to the areas that could come up in your test.

Take a look at the DVSA website to find your closest, or browse our list of test centres by area: 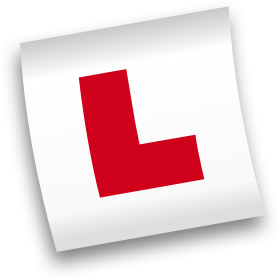